Hi MI Fans, Last month featured a really interesting presentation at the ASCD Annual Conference, “MI After 35 Years.” Yes, it’s been 35 years since Howard Gardner’s book, Frames Of Mind, changed how we view intelligence. Recognizing that intelligence is problem-solving, Garner identified the many different ways – the multiple intelligences – that people use to solve problems. Real-world problems, Gardner knew, are not limited to multiple-choice questions. Philosophically, understanding […]

Transformative Principal Podcast: Who You Are is More Important

In April, Tom was on the podcast Transformative Principal with Jethro Jones.   Listen Now Here are some bullet points from the interview: 14 years principal connection column in Educational Leadership. The principal job is so hard. There’s always more to be done, no matter how good we do it. Who you are is more important than what you know. Prepare kids for success in life, not just success in […] 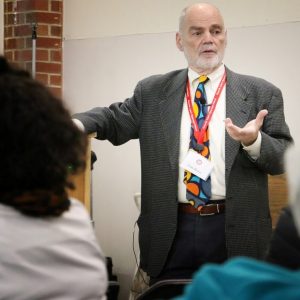 Tom visited Grace-St.Luke’s School in Memphis, Tennessee in September to give an initial presentation on The Formative Five and meet with administrators. In February, he returned to meet the faculty and facilitated a sharing session, met with administrators, and presented an evening parent session. Tom believes the school is doing some very impressive activities on character development and The Formative Five. In this photo, Tom is sharing with faculty members […]

Greetings! I hope that the beginning of 2018 has started in fine fashion for you. As you think about your classroom and school, remember that life-long learning begins with student engagement and student success. None of us want to continue to beat our head against the wall. With that in mind, I often talk about a school’s “smile quotient.” When I visit a school, I hope to see kids and […]

Happy New Year, MI Fans, The question posed in the last issue, “Who was the smartest person in your high school graduation class?” generated some fun discussions. Too often we view intelligence as an abstraction, a two- or three-digit number that indicates one’s ability to solve problems. It’s understandable that we might think like that; after all, the curriculum, instruction, and assessments in most educational institutions are designed around that […] 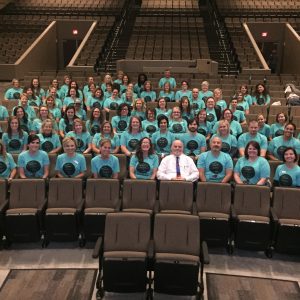 Last year, Tom presented The Formative Five to all of the school guidance counselors in the Springfield, MO public schools. Can you identify him in the picture? 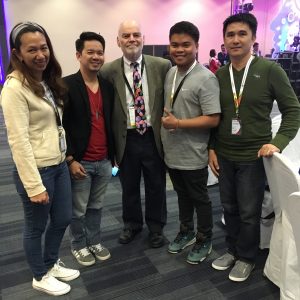 In October, Tom spoke at the PEAC Conference in Manila and presented a keynote address to 3,300 educators. The conference was primarily for non-public teachers and principals, and they were very eager to hear how the Formative Five could be included in a school’s curriculum and classroom instruction. In the afternoon, he continued the focus on the Formative Five with a two-hour workshop that included specific strategies and thoughts on […]

“Who you are is more important than what you know.” The notion of grit has been getting lots of attention lately. Propelled by the work of McArthur Genius Grant winner Angela Duckworth, there’s a growing realization that parents and educators need to teach children to persevere, to hang in, and to not give up. Thomas Edison’s statement, “Many of life’s failures are people who did not realize how close they […]

In June of this year, Tom sharee insights from his recent book “The Formative Five: Fostering Grit, Empathy and Other Success Skills Every Student Needs,” with St. Louis on the Air host Don Marsh.   Listen Now About the Show “Grit” is a word we often hear that students should possess. But how is such a quality instilled in young people? And is that enough to make them successful? On […]

Greetings MI Fans, “Who was the smartest person in your high school graduation class?” [Before you read any further, take a moment to consider the question.] I often begin my presentations – whether they are about MI or The Formative Five (which inhere in the intrapersonal and interpersonal intelligences) – by asking the audience that question. I pause to allow them to reflect, and then ask whether it was an […]