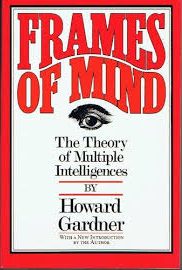 These are exciting times! More and more, the traditional and regimented approach to intelligence – that there is ONE intelligence and it can be assessed on a paper & pencil test – is being questioned. Howard Gardner exploded this notion in 1983 when he wrote Frames of Mind, and his insight has continued to echo.

To be fair, an appreciation of Multiple Intelligences fell upon hard times in the early 2000’s in the U.S. The “No Child Left Behind” legislation and its politically-driven successors have caused educators to focus on tests and the 3 R’s, almost to the exclusion of anything else. Yet MI remained a force because we educators know that there are many ways to solve problems – that’s what intelligence is, after all! – and that children have an array of strengths. (Interesting, educators in other countries did not fall as prey to the simple monolithic approach to intelligence.)

But the cultural tide is shifting. There is a greater appreciation of the validity of a multiple intelligences. I offer a couple articles as evidence of this. The first explains how the University of Chicago is making it optional for applicants to submit their SAT or ACT results: Big Step in Testing Trend: University of Chicago Makes SAT, ACT Optional.

The second article shows how Harvard University uses a variety of factors in considering a student’s application. While certainly the ability to read, write, and calculate well are essential (it is Harvard, after all), “humor, sensitivity, grit, leadership, integrity, helpfulness, courage, kindness and many other qualities” are also considered: Harvard Ranks Applicants on ‘Humor’ and ‘Grit,’ Court Filings Show

It makes sense that the value of an MI approach is gaining momentum. As we look to the future, it’s obvious that computers will be able to do so much of what we have emphasized in our teaching and testing, and do it faster and more cheaply. Beyond that, it’s clear that we all (myself included) need to have more empathy and appreciation for diversity, and that’s true for our students too. I led an MI school, the New City School in St. Louis, MO – so I know from first-hand experience that using MI helps to develop these qualities. Students’ ability to learn through their strengths, coupled with our focus on the personal intelligences, meant that our kids learned, they learned how to learn, and they learned joyfully!

Finally, another piece of evidence for the resurgence of MI can be found in the success of the educational system in Finland. While they don’t have MI written on banners, it’s clear that appreciating the various intelligences is central to their philosophy and to their students’ success. This is noted in the following article written by my friend and colleague, Bahram Ghaseminejad. Bahram is the head of Kourosh School, an MI school in Karaj, Iran (you may recognize his name because he has previously written for Intelligence Connections), and he was part of a group of educators from Iran who visited schools in Finland. He shares his thoughts with us, and I am sure you will enjoy his reflections.

Thanks for your efforts and for seeing the power of MI. Please let me know if you have any questions or comments, or would like to contribute an article.