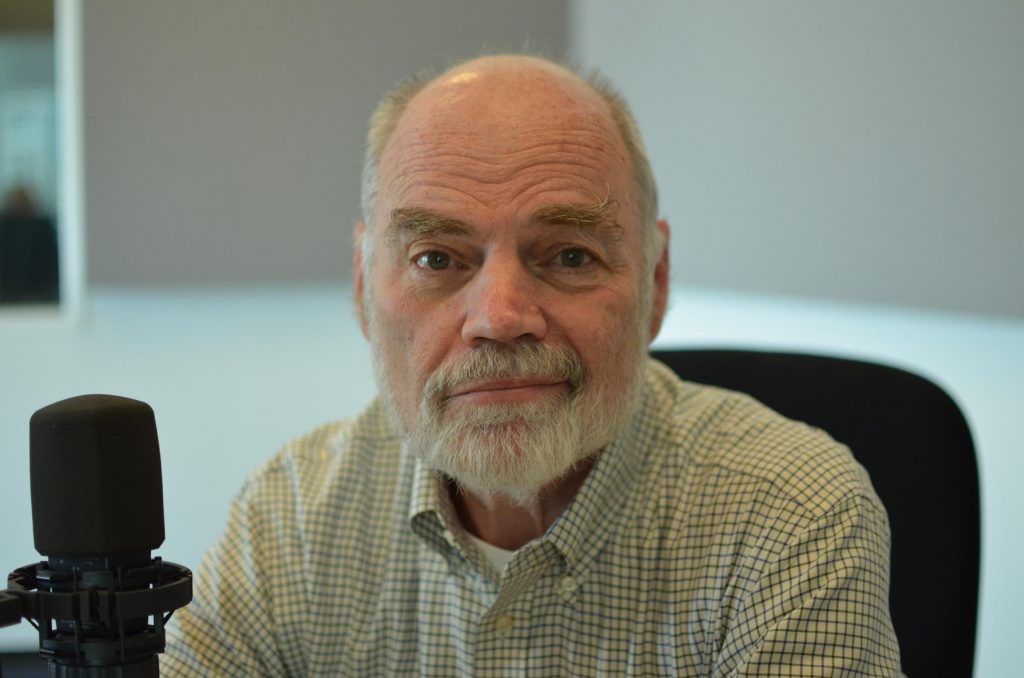 In June of this year, Tom sharee insights from his recent book “The Formative Five: Fostering Grit, Empathy and Other Success Skills Every Student Needs,” with St. Louis on the Air host Don Marsh.

“Grit” is a word we often hear that students should possess. But how is such a quality instilled in young people? And is that enough to make them successful? On this St. Louis on the Air, author, educator and scholar Thomas Hoerr joined us to discuss his new book “The Formative Five: Fostering Grit, Empathy and Other Success Skills Students Need.”

Hoerr is the emeritus head of school at the New City School as well as a scholar in residence at the College of Education at the University of Missouri – St. Louis. He previously published “Fostering Grit: How do I prepare my students for the real world?” in 2013.

He said that the skills he highlights in his book are no exception for quality scholastics, but that students can no longer stop with such aptitude.

“Basically, the book is written from the premise that we need to prepare students to succeed well in life, not just do well in school,” said Hoerr. “They need to do well in school, but that should be the floor, not the ceiling.”

Below, he describes the five skills he has found over 34 years as the head of New City School that students need to survive in the real world:

“Grit is basically tenacity, it is not giving up, it is recognizing that success doesn’t come easy,” said Hoerr. “If you want something, you’ll have to work at it. Get out of your comfort zone. Good failures, failures from which you learn. I want kids to be willing to take risks, be willing to not get things right, and not take the easy route.”If you ask anyone, and ask what is success in virtually any arena, it is not the person who is smartest or strongest, it is the person who hangs in there. It is not a trophy society.”

Hoerr recommends stating “grit” as a goal for kids who may be shy and utilizing a rubric in the classroom that helps the student determine how hard they think a problem was and how well they did at powering through to overcome it.

“What does it mean to see something from another’s perspective? There’s an element of critical thinking there because kids learn how to take information, how to look at it objectively and how to discern. Too often we think everyone is the same way we are.”One way to look at empathy is to ask kids to write down the names of four or five people they know with whom they are good friends and four or five people with whom they really not good friends and then speculate on what they might want as a birthday present. We find that kids without much empathy think everyone wants the same thing they want. It is a good way to talk about what other people might want, why they might want different presents, to get kids to understand there is more than one perspective in the world.”

In “The Formative Five,” Hoerr describes self-control as a way to modulate and control one’s own actions as well as to delay gratification and resist temptation.”If we want students to develop and flex their self-control muscles, we must present them with (somewhat limited) choices so that they can learn to take responsibility for their behaviors while we stand back (even if it means gritting our teeth),” Hoerr writes. “Children must learn to consider alternatives, make a decision and accept the consequences. Of course, these consequences may be difficult or even painful for students, so we must guide them, without shielding them, in a spirit of care.”

“When we talk about integrity, one of the things we can do is not only look at what happened in history, the battles, the generals, the dates, who won, the economic downturns…we can look at the motivation. Why did people feel the way they felt? What caused them to act that way?”I don’t want to suggest teachers need to do more, they already work hard, I’m just suggesting we refocus our efforts so kids can be successful at 28, 38 and 58.”

“Of all the five success skills, diversity is the only one preceding with another word, ‘embracing.’ The diversity is still not as pervasively accepted in our society and that is a big mistake. If we are preparing kids for success in the world, they will not only be prepared if they can work with people who are a different color, economic background, sexual orientation, but if they can appreciate those people and celebrate differences.”In today’s world, diversity is no longer an option. We will live with, work with and act around people who are different than us.”

Do you agree? What other skills do you think students need to learn in school in order to be successful in the real world? Email us at talk@stlpublicradio.org.

St. Louis on the Air brings you the stories of St. Louis and the people who live, work and create in our region. St. Louis on the Air host Don Marsh and producers Mary Edwards, Alex Heuer and Kelly Moffitt give you the information you need to make informed decisions and stay in touch with our diverse and vibrant St. Louis region.