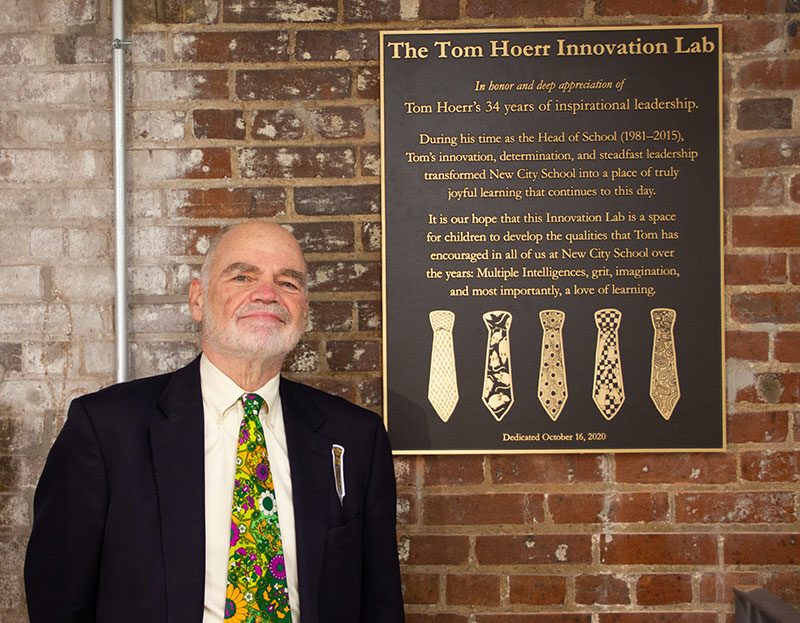 In November of 2020, New City School announced the opening and dedication of The Tom Hoerr Innovation Lab. Here’s what they said…

On Friday, October 16th, Head of School Alexis Wright and a very small group of masked and socially-distanced former Board Presidents and former faculty celebrated the dedication and opening of New City’s newest classroom, The Tom Hoerr Innovation Lab. The Innovation Lab consists of 2,500 square feet of adaptable classroom space with tools and materials for students to build, tinker, and design for change. This bright, airy, and inspiring classroom is located in the old boiler room on the south side of the building, under the first grade wing.

The classroom space is dedicated to science, technology, engineering, arts, and mathematics (STEAM) concepts and Multiple Intelligences (MI) curricula, and is named in honor of Tom Hoerr, the school’s longest-serving head of school, who led New City from 1981 – 2015. Tom was the driving force behind New City’s adoption of an MI-based curriculum in the 1980s, which continues to be integral to New City’s mission.

In his remarks at the dedication, Alexis said, “In the early stages of designing this new classroom it seemed only fitting that it be named in honor of New City’s longest serving head. I can’t tell you how special it is to have a piece of the school named after Tom, particularly given his dedication and devotion to this institution we all know and love.”

The Tom Hoerr Innovation Lab reinforces New City’s commitment to technology and science programming. This all-ages classroom is a natural extension of the school’s commitment to Multiple Intelligences education and will allow students to experience success and failure, develop grit and resiliency, and come up with creative solutions to design challenges. Curriculum for the Innovation Lab not only emphasizes STEAM concepts, but also encourages skills that are at the heart of the New City School experience and education: empathy, compassion, and teamwork. 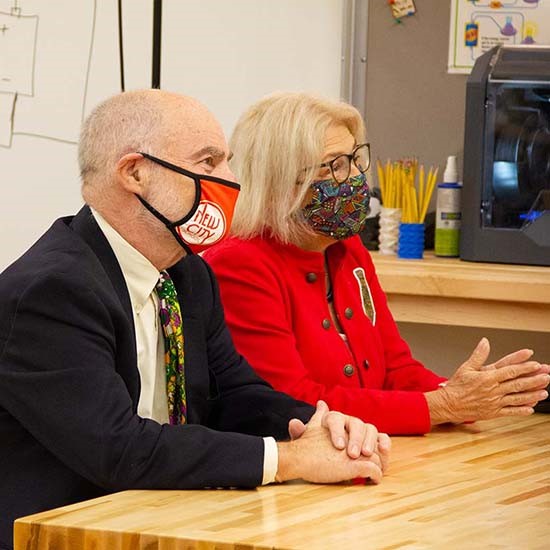 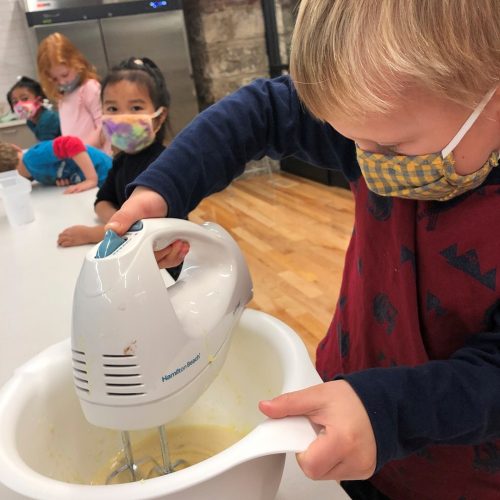 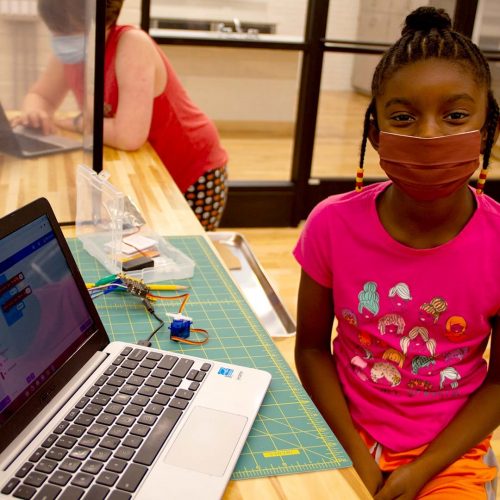 The Tom Hoerr Innovation Lab has movable tables, tools, a 3D laser cutter, 3D printers, a sewing machine, and other materials. It also features a full kitchen, which will be used in conjunction with New City’s on-campus vegetable garden to incorporate lessons on nutrition and food science and to allow classes to cook together using produce that the students have helped grow and harvest.

“The curriculum we have developed is an exemplar of what education should be – hands-on, interdisciplinary, relevant, and focused on solving complex problems in a collaborative fashion,” Wright continued. “It is exciting to think of the discoveries and opportunities that exist for our children and the joyful learning that will take place in the Innovation Lab.” 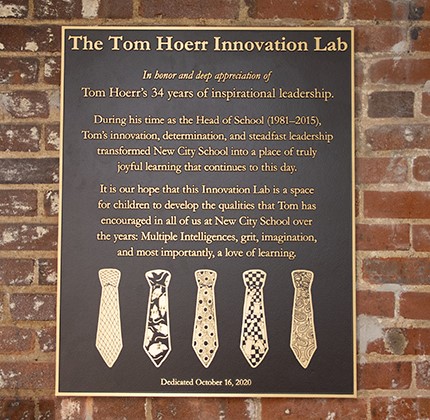 At the conclusion of the dedication, there was a special surprise for Tom. Tom, his wife Karleen, and sister-in-law Jan were asked to proceed to the playground to exit the building. The entire school, appropriately masked and social distanced, lined the playground and the athletic field and cheered Tom and his family on as they made a loop around the track. All of the children wore paper ties that they had decorated in the week leading up to the dedication and many had signs congratulating Tom on this special honor. The New City@Home students who are currently learning virtually were also able to attend and participate through SmartBoard video.

To see a video of the full dedication event, please click here.

It is through the school’s 50th Anniversary Campaign that The Tom Hoerr Innovation Lab became a reality.

This Campaign, which set out to raise $2.5 million for construction of an Innovation Lab; an endowed fund for faculty excellence; and funds to support the Variable Tuition program (formerly financial aid), has to date raised nearly $5.5 million. While COVID-19 briefly paused the Campaign, donations are encouraged to help support these three important areas. You can learn more about the 50th Anniversary Campaign, and how you can make a gift, here.

To make a donation in honor of Tom Hoerr and The Tom Hoerr Innovation Lab or to the 50th Anniversary Campaign, please click here.